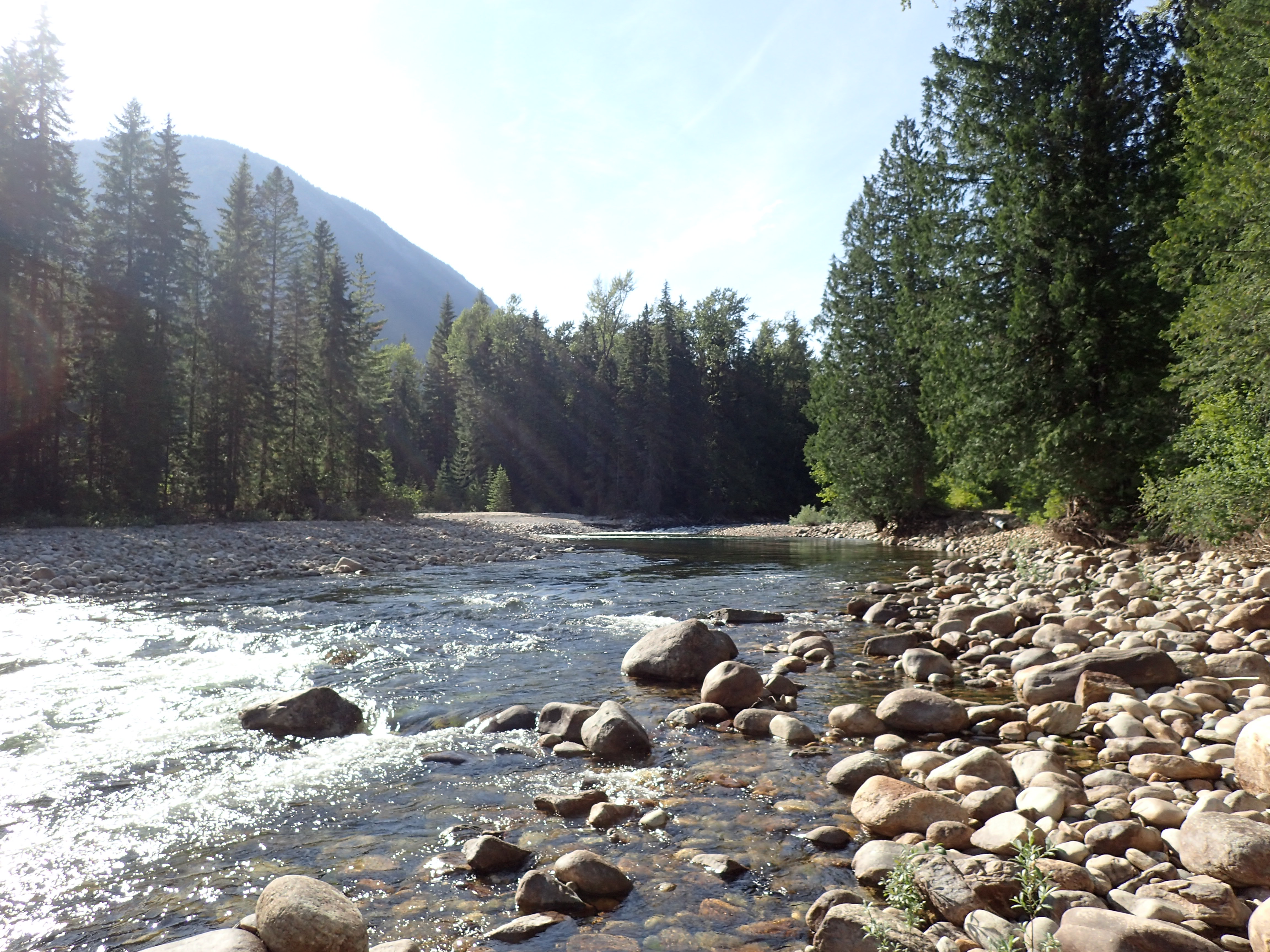 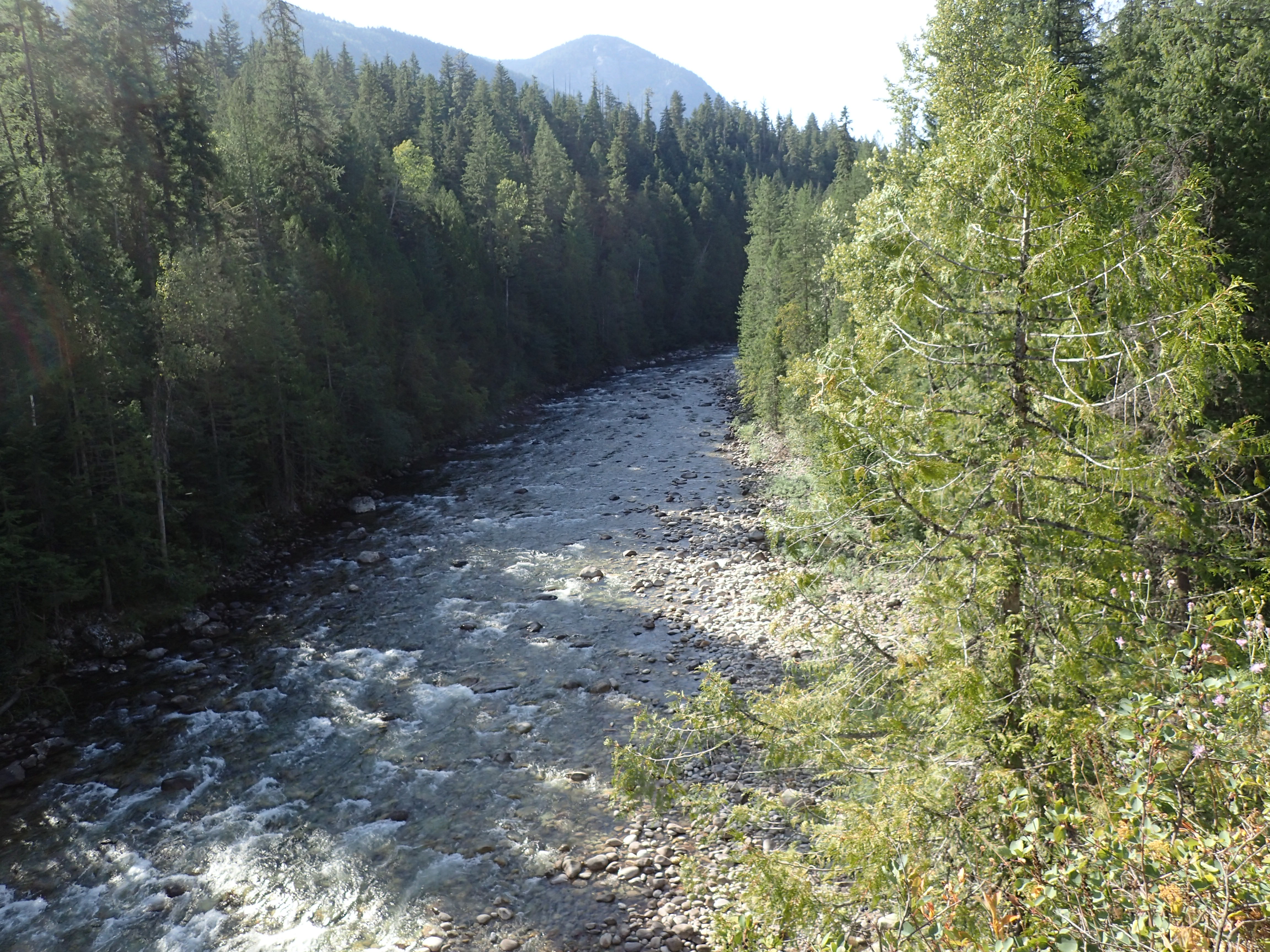 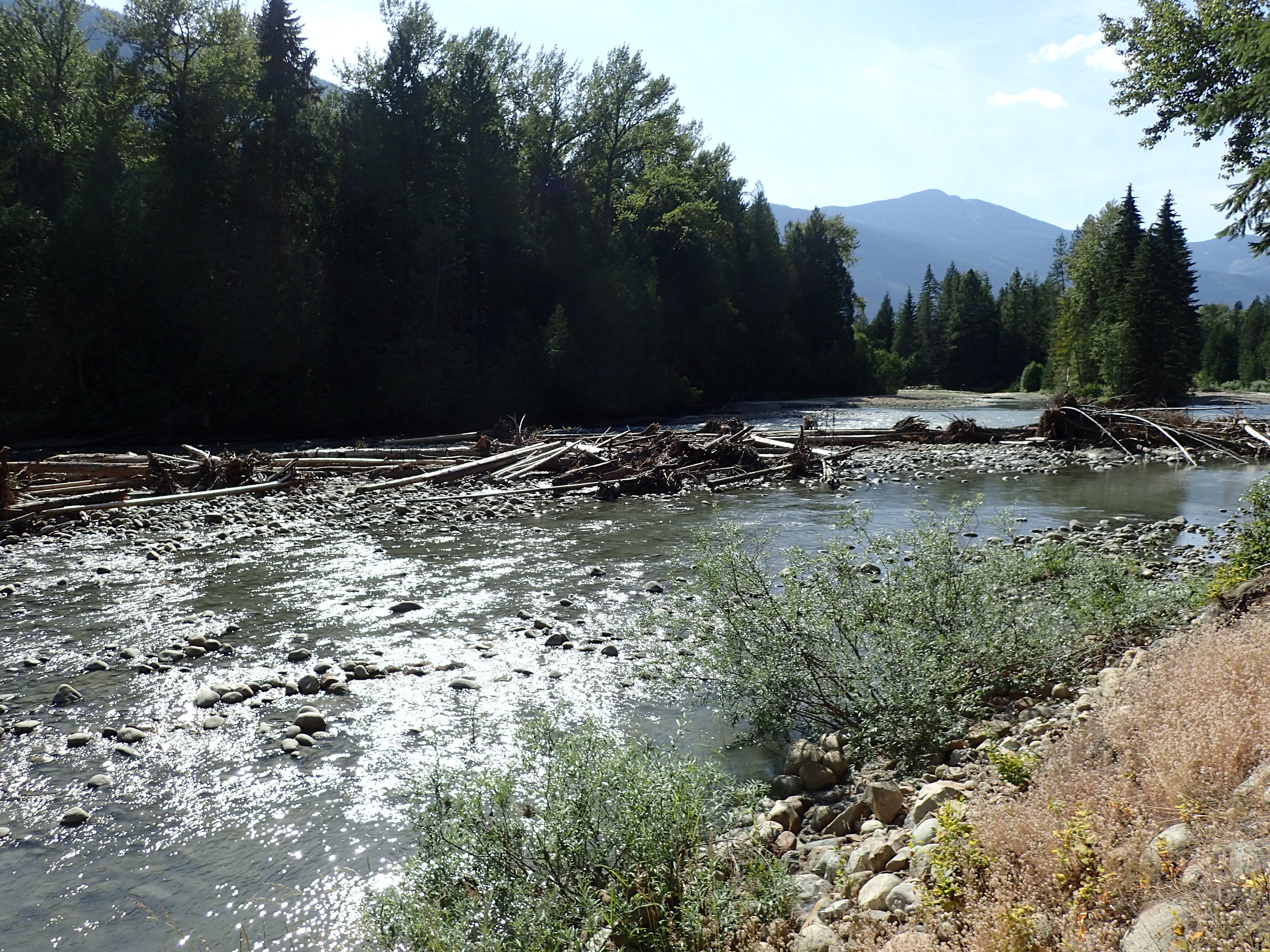 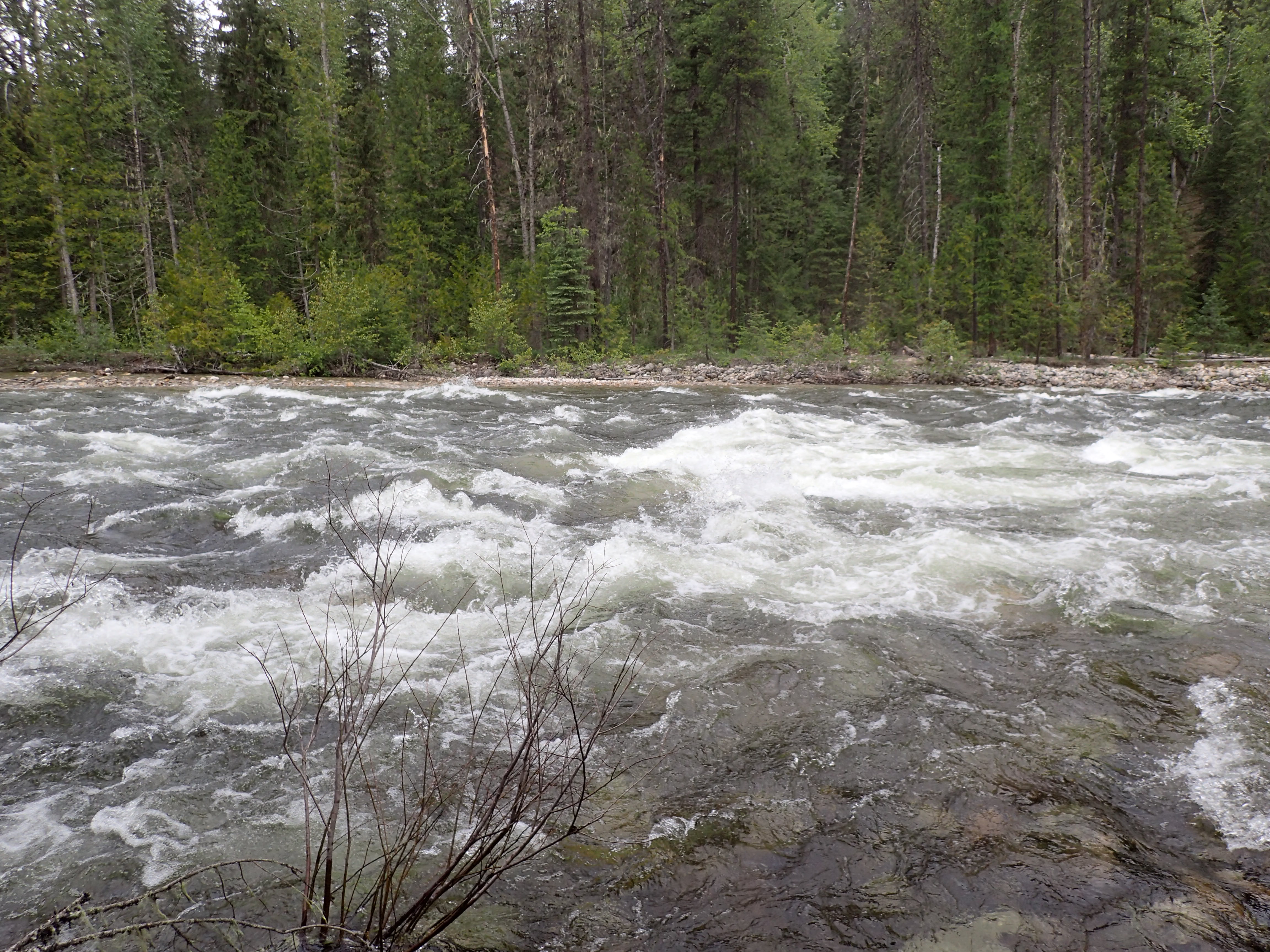 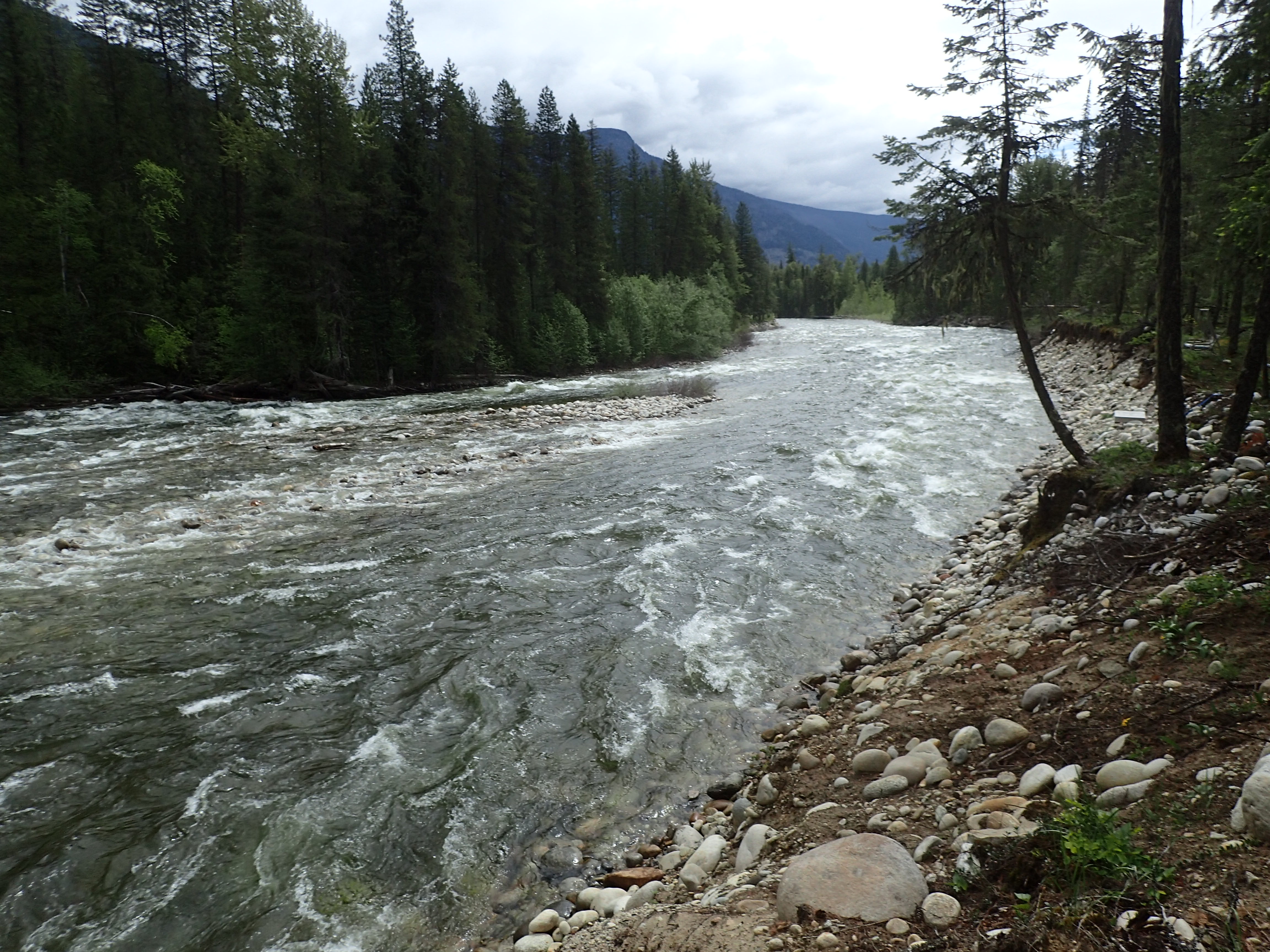 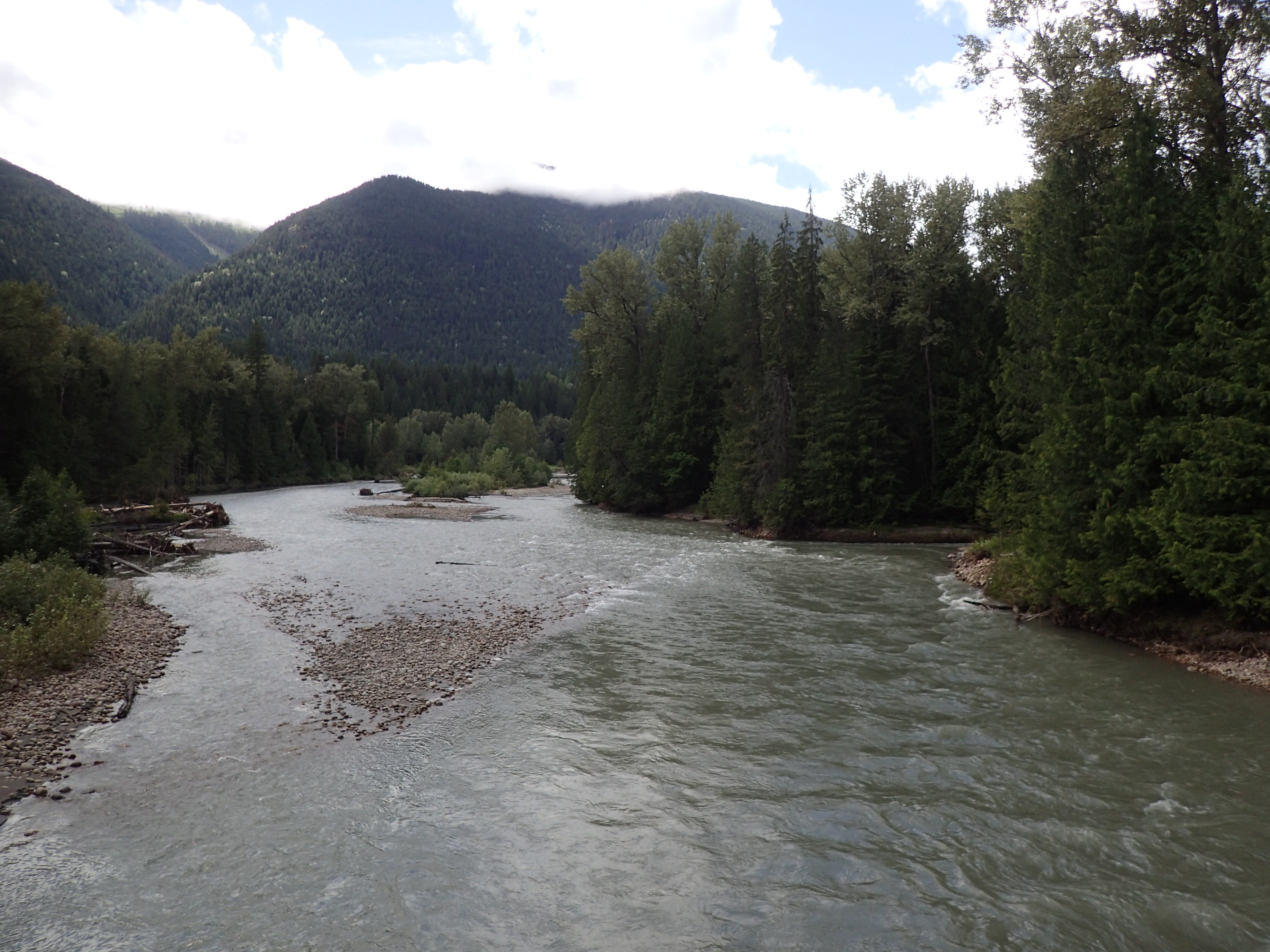 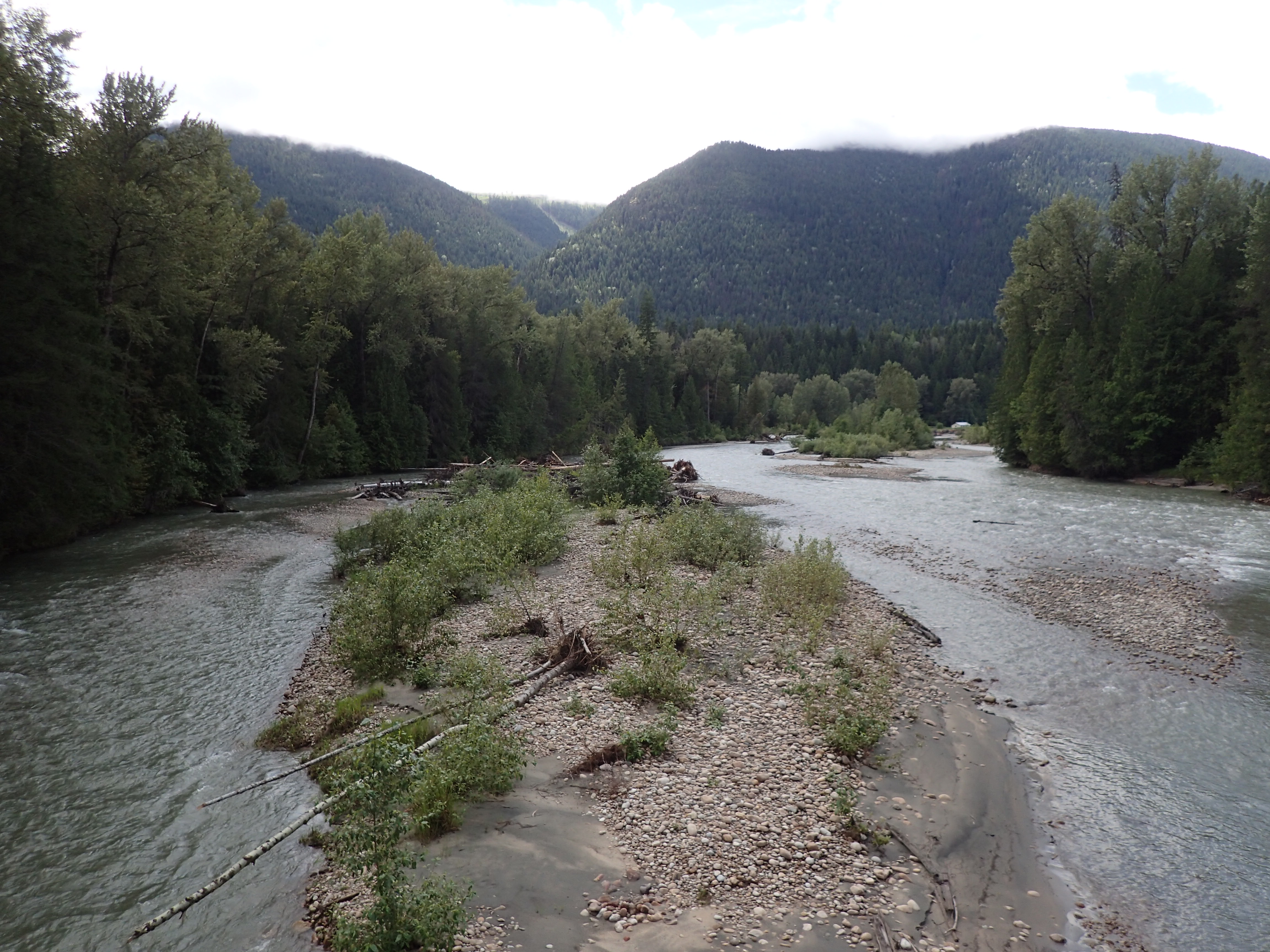 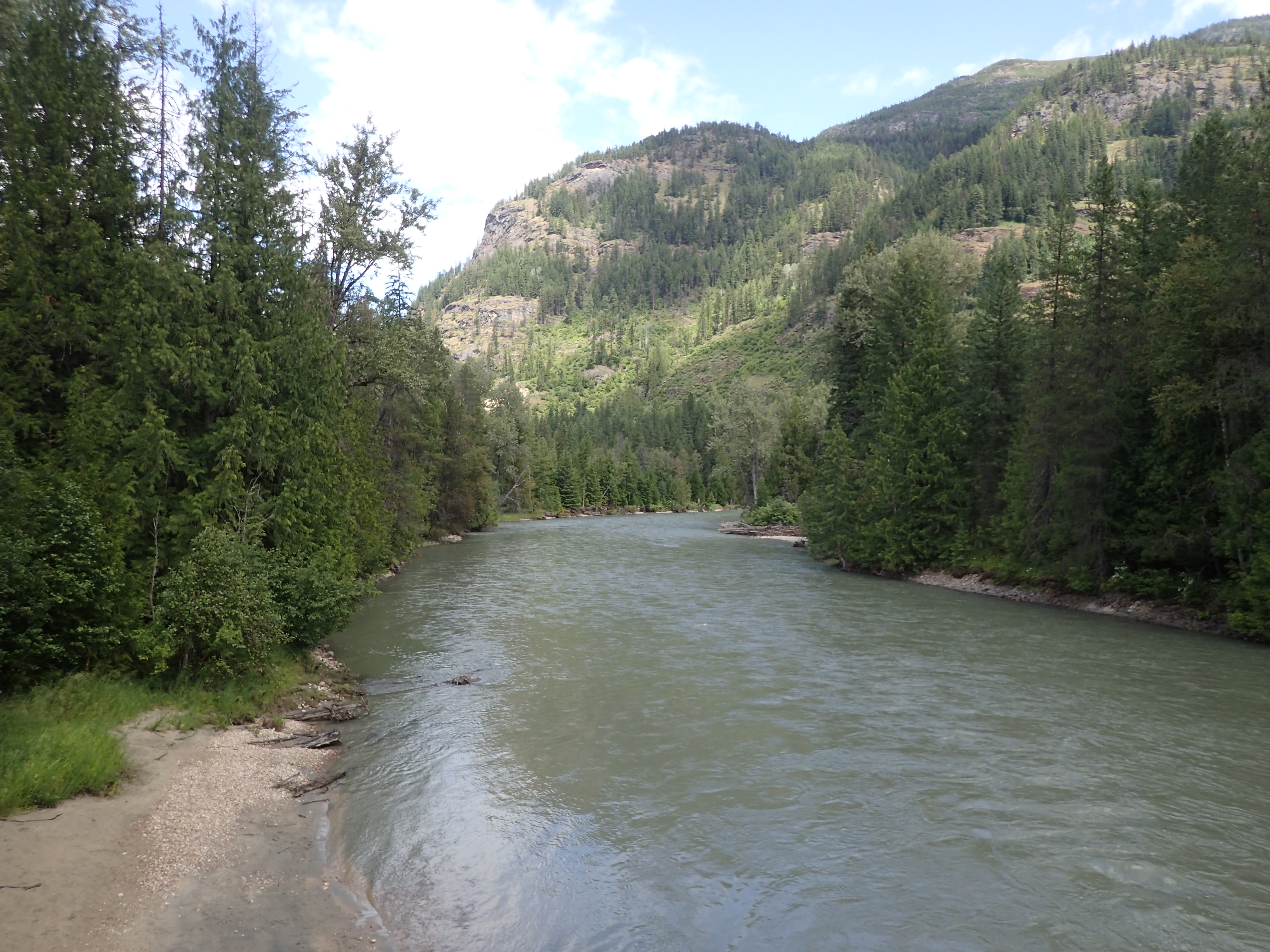 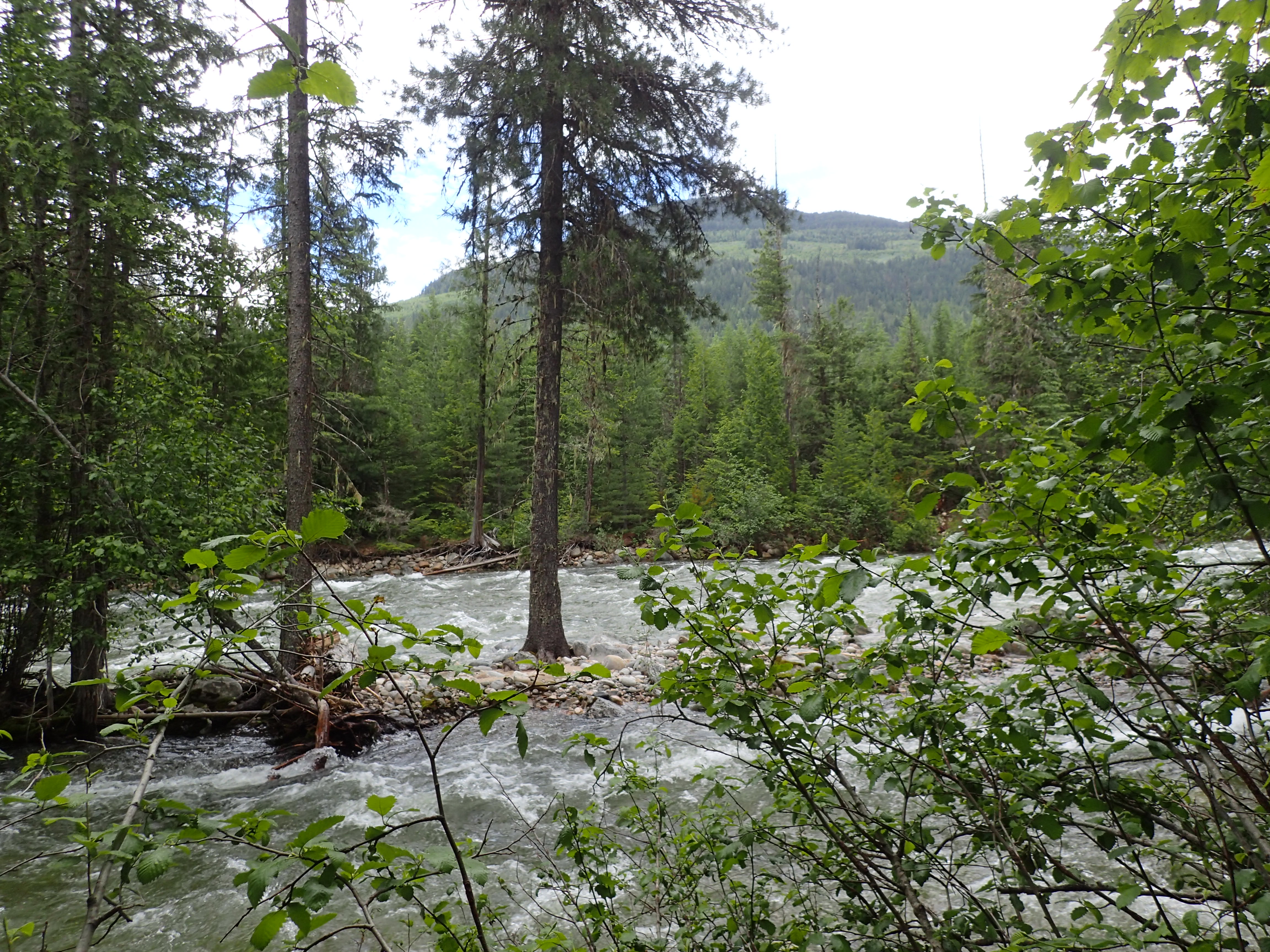 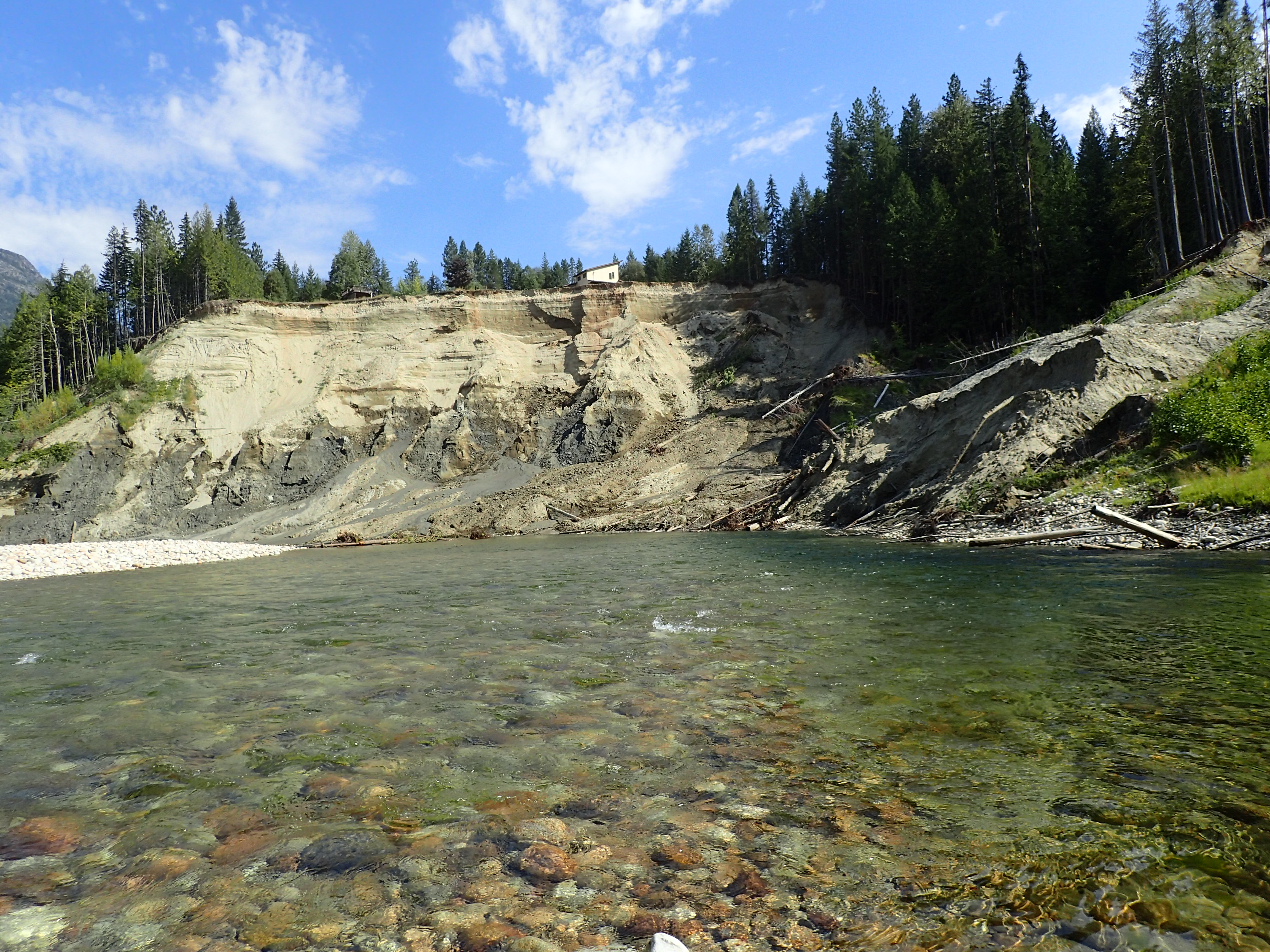 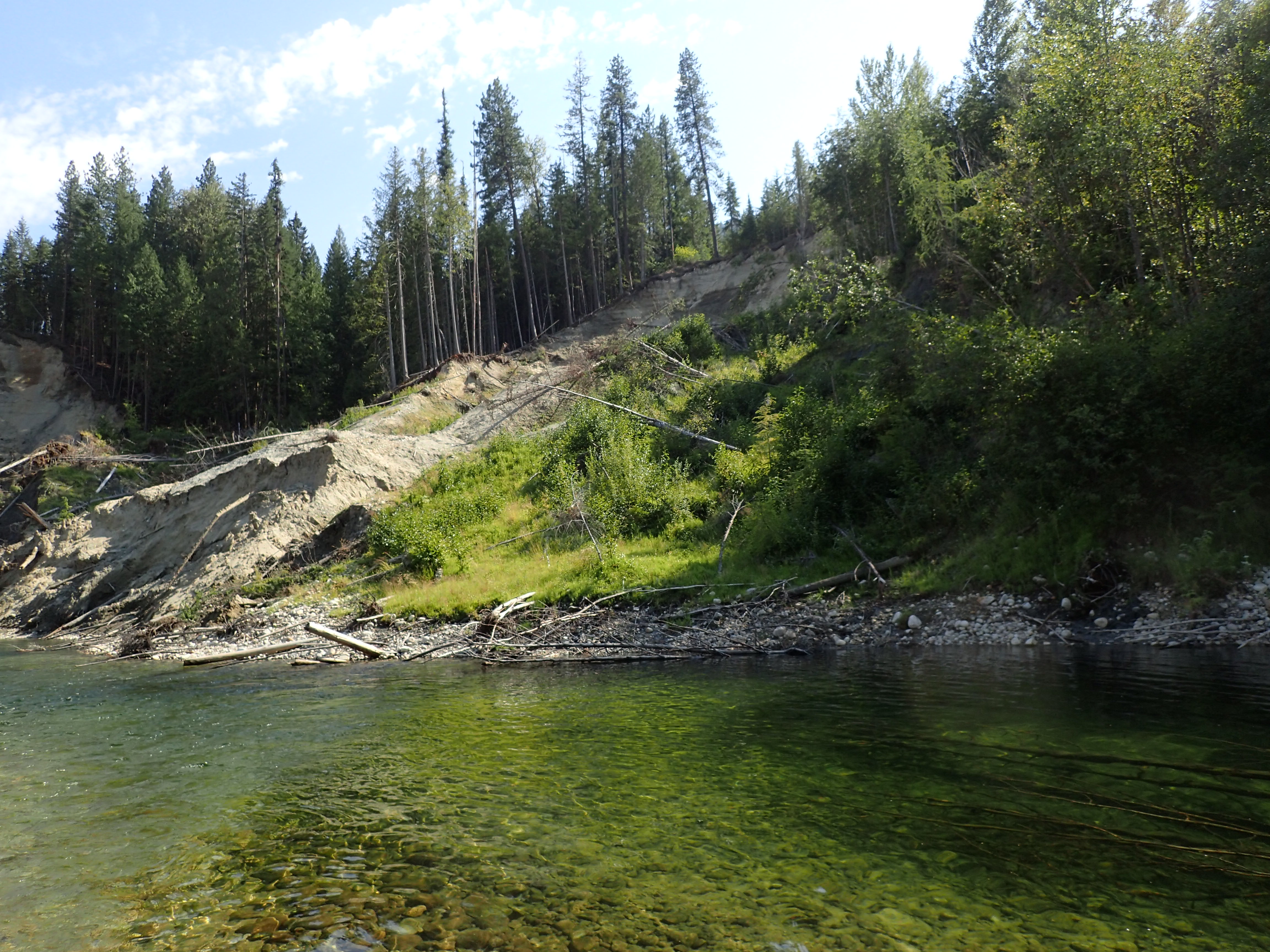 Since late Summer we’ve seen a high level of turbidity in the river, downstream from the confluence with the Slocan River.

The turbidity comes from a slide located approximately three kilometers up the Little Slocan River that occurred in 2012. The initial event brought down a lot of material (soil, trees, etc.). Efforts were made by the landowners and Streamkeepers to plant native species in the actively eroding sections of the slide, and it worked. Willows, other trees and shrubs grew very well, and many reached a height of two to three meters. Then last May the slope slid again, covering established vegetation and depositing a large amount of material in the river. The slide also grew and has expanded to reach an earlier slide that came down in 1997. Fortunately, most of the trees and shrubs, some planted by the boy scouts at that time, are still standing.

You probably recall other events like the Gwillim Creek and Mulvey Creek slides in 2013, which were bad. But the sediments in the river settled in a few weeks. Unfortunately, the May slide on the Little Slocan is very large and exposed clay and silt was deposited on both side of the channel. That clay is slowly leaching into the river (especially after heavy rain).

What causes these slides? Do they impact aquatic life and what can be done to prevent them?   The south side of the lower Little Slocan River flows beside a Kame terrace. Passmore Upper Road is on top of the terrace. These formations were created after the last ice age when sediment accumulated in ponds and lakes trapped between lobes of glacial ice or between a glacier and the valley side. If you look west along the terrace, you’ll see evidence of numerous slides that have occurred over hundreds of years – long before humans settled the valley.

Hydrologists told us these slides occur when surface water seeps underground and eventually meets a layer of clay. The clay acts as a barrier and the water (and clay) begin to move horizontally. This initiates the slide. The clay/water mixture spills out into the river and, because the clay particles are so small, they take a long time to settle. This phenomenon also occurs in glacial lakes where the water is always turbid. Vegetation may slow the process down for a while, but slide activity picks up again when we get high flows & lots of rain.

The slide has greatly affected fish and fish habitat, but fish can swim upstream. Other aquatic life – insect larvae, snails, frogs, vegetation – are more stationary and suffer more from lost habitat and food. Water quality in the small pools is impacted. The sediment becomes anaerobic and toxic to life.

Does human activity make the problem worse? Of course, land that’s been logged has more exposure to water. Whenever we alter or block side channels, the river is directed to the other bank causing more erosion on the exposed side. Many years of logging and road building do change the hydrology of a river. But slides also occur naturally, and it isn’t possible to cite one cause.

This slide will take awhile to recover, but the river life will return. 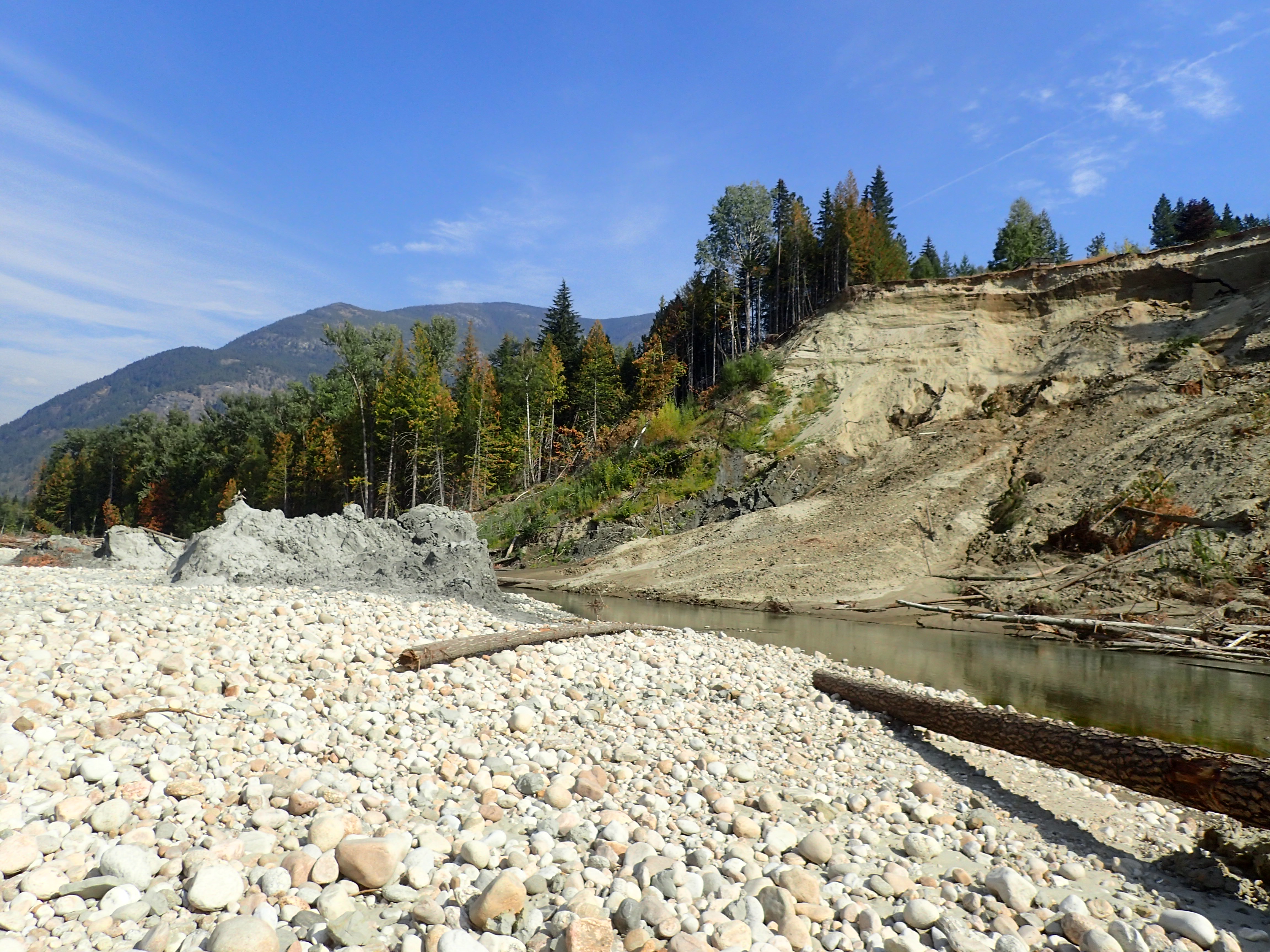