A wetland restoration project on private land at Crooked Horn Farm in Winlaw, BC was initiated by the Slocan River Streamkeepers in 2016 and completed in Summer 2017. The Streamkeepers had also implemented an adjacent riparian restoration project including instream fish habitat structures on the property in 2013. This project is adjacent to Slocan Valley Rail Trail, this allows great opportunities for public education and raising awareness of the importance of wetlands.

The goal of the project was to create some shallow wetlands to provide habitat for a diversity of wildlife including western toad, Columbia spotted frog, painted turtle, bats, birds and a diversity of benthic invertebrates that will also provide food for other species.

Some basking logs were installed in the wetlands and we planted a diversity of native species of trees, shrubs, sedges and rushes.  Bird nesting boxes and bat houses were also installed during the project.

The restoration of approximately 0.5 Hectare now enables the land to hold water for a longer period of time, with a portion of the land actually holding water year-round.  This allows a wider diversity of species to thrive.

During Spring and Summer 2017, we had a minimum of 8 nesting boxes occupied by swallows and chickadees.  Some of the wetlands also had a good population of toads and frogs that hatched and thrived in the shallow water.

We have been monitoring benthic invertebrates pre and post restoration and did some random sampling for mosquitoes in June in the shallow wetlands, and no larvae were found. We also installed some bird recorders to monitor the bird population.

Winlaw School students also came out twice in Spring and Summer to help with planting and mapping the wetlands.  We hosted some public events including a tour of the wetlands and the local participants were impressed and supportive of the project.

Pics from the project at Crooked Horn Farm (the wetlands can be seen along the Slocan Valley Rail Trail, access: Filipoff Rd, then walk 200m north toward Winlaw)

The report for this project: Wetland Restoration at Crooked Horn Farm in Winlaw, BC (COL-F17-W-1438) Prepared for: Fish and Wildlife Compensation Program. Prepared by: Gregoire Lamoureux. June 30, 2017 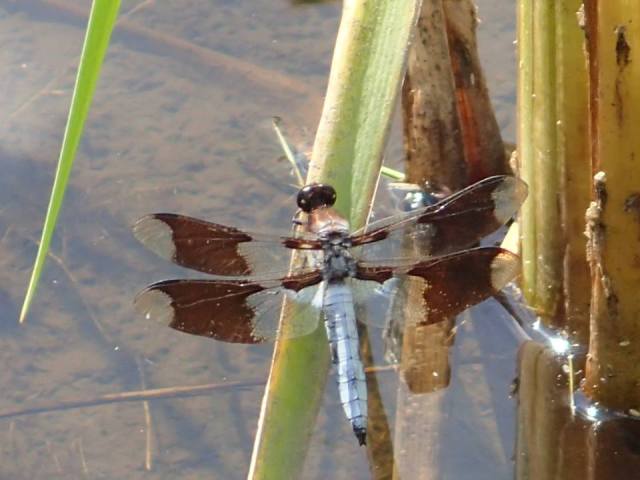 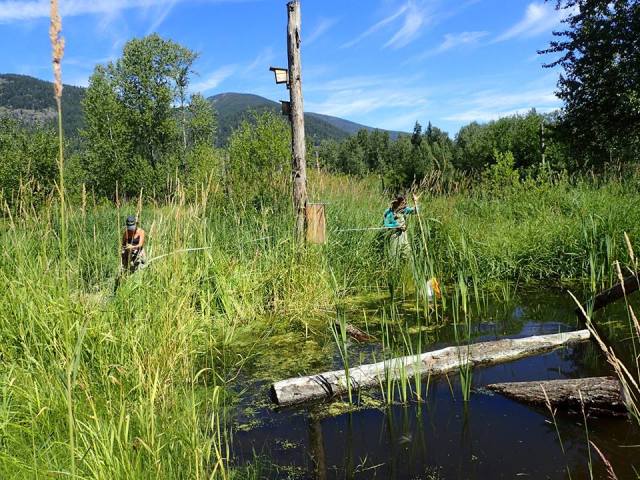 December 2017 in the wetlands 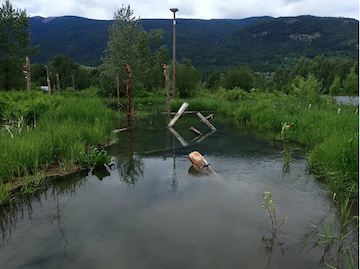 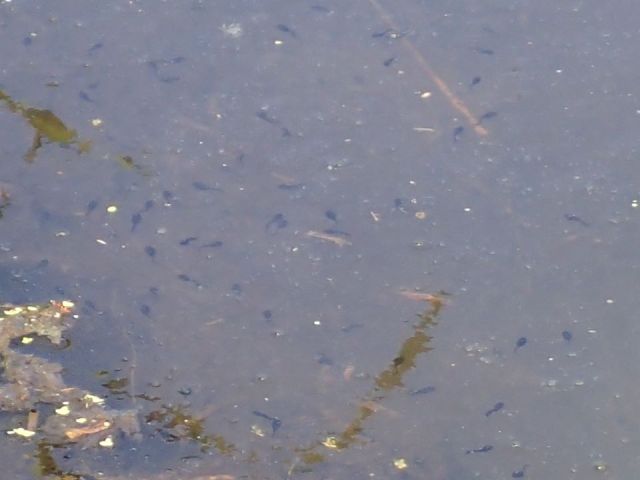 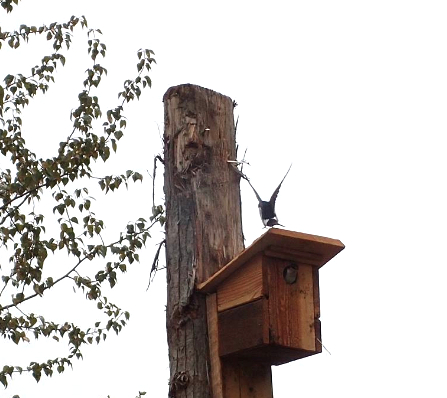 Violet-green swallows  nesting in the bird houses. May 2017

The wetland area after the excavation December 2016. 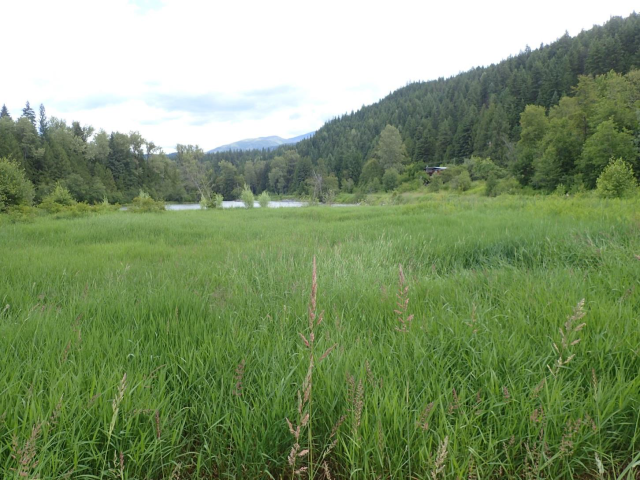 The wetland area before the restoration project July 2015 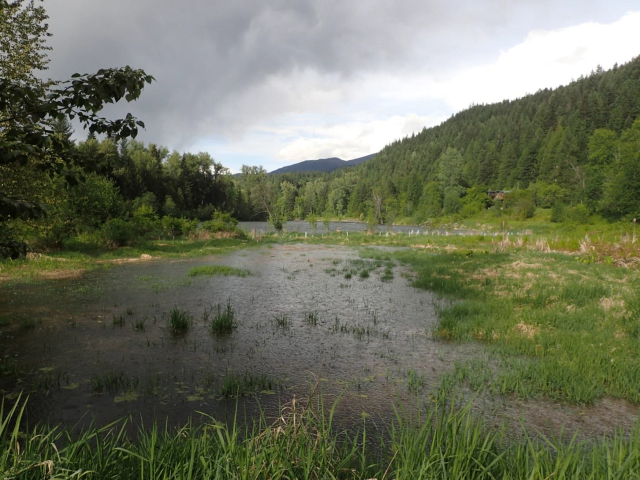 The wetland area before the restoration project June 2015

all other photos: Gregoire Lamoureux

The Slocan River Streamkeepers would like to thank all the funders, supporters, land owners and volunteers for their support for this wetland restoration project.

Thanks to all our funders and supporters!